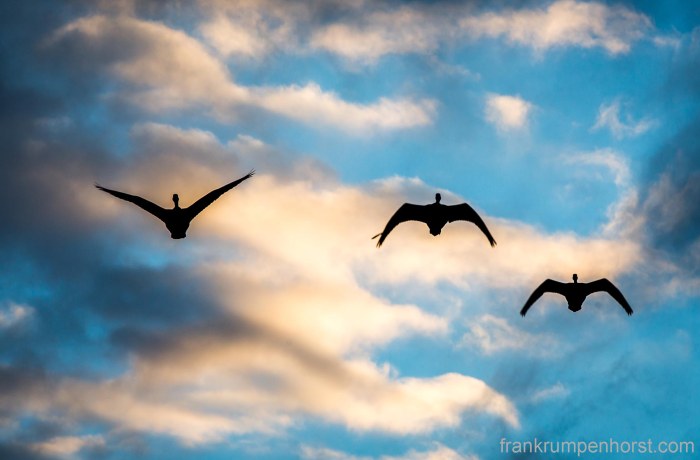 Three geese fly in the morning sky over Frankfurt, Feb.11.

The Madeira Finch is a finch that can be found on Madeira (surprise!).
(Photo taken on Madeira island, March 1)

A gray heron flies at low altitude over river Lahn in Runkel, some 70 kms (42 mls) northwest of Frankfurt, April 24.

Lit by the full moon, a stork stands in its nest in front of wind turbines near Schoeneck, just north of Frankfurt, shortly after midnight April 16.

Starlings assemble on a bare tree in front of the moon in Friedrichsdorf just outside Frankfurt, Feb.11.

Goslings are being watched by one of their parents at a pond in Frankfurt, Jan.20. They are actually Egyptian geese (Alopochen aegyptiacus) that are mainly found in Africa, but also in Britain, France, the Netherlands, Germany and even in the U.S.. Some ornithologists say they are notoriously bad-tempered. In Britain, they were officially declared a pest a couple of years ago.

A falcon in serach of prey in front of a dogrose on the outskirts of Frankfurt, Sep.1.