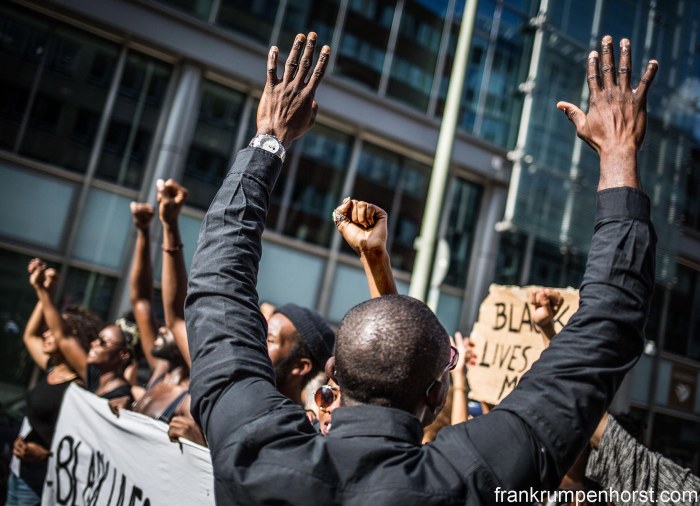 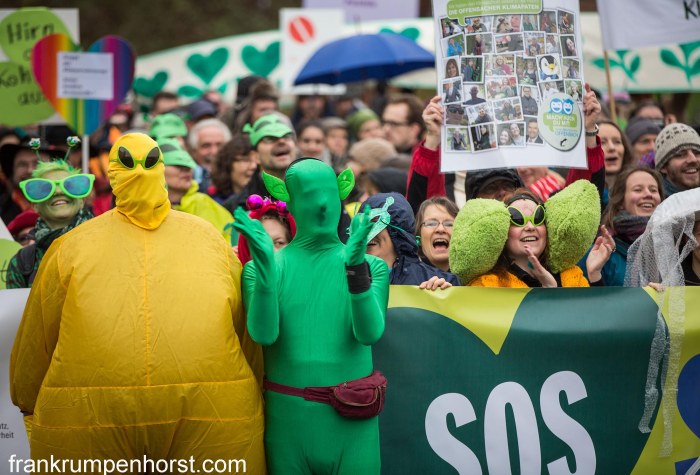 Climate activists, some of them dressed up as aliens, during a rally in Frankfurt, Nov 29, on the occasion of the United Nations Climate Change Conference in Paris. During the ‘Global Climate March’ people around the world come together for two weeks of action calling for climate justice and an end to carbon pollution. 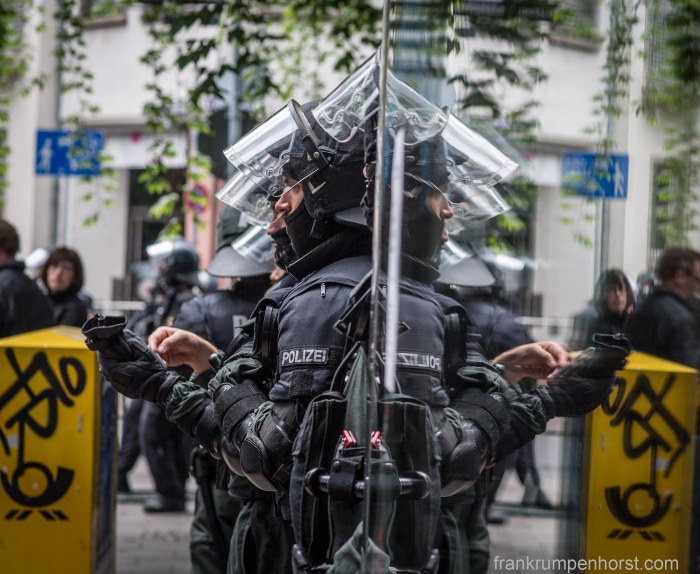 Police in riot gear block a street to separate the two sides during a protest of some 2.000 people against a rally of about 100 supporters of a new xenophobic, right-wing movement. 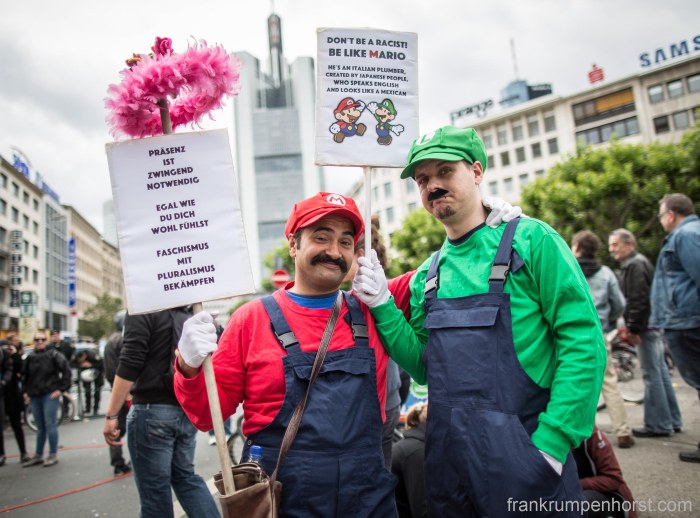 Two demonstrators dressed up a Super Mario and his brother Luigi hold placards during protests by some 2.000 people against a rally of about 100 supporters of a new xenophobic, right-wing movement, in Frankfurt, June 20. 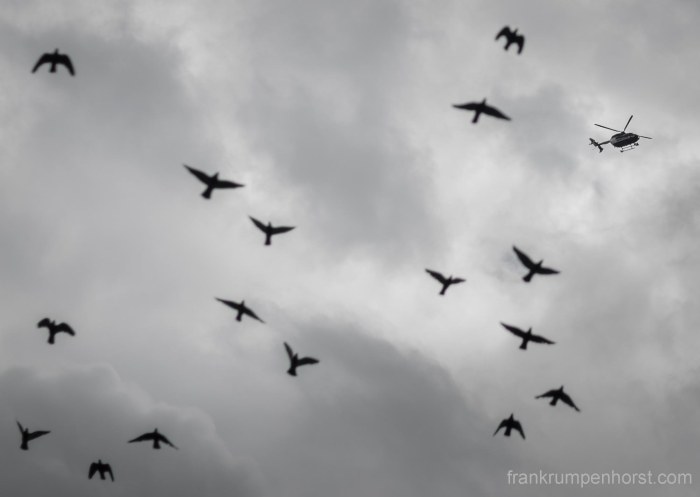 Pigeons and a police helicopter fly over Frankfurt, June 20, during protests by some 2.000 people against a rally of about 100 supporters of a new xenophobic, right-wing movement. 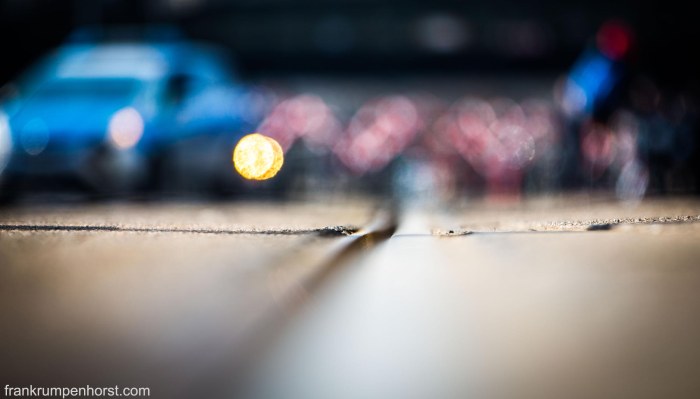 Police block a street near the new headquarters of the European Central Bank (ECB) in Frankfurt, Mar. 17, one day before the building will officially be inaugurated. The event is expected to draw some 10,000 anti-austerity protesters, mainly being part of the Blockupy alliance. Thousands of police officers will oversee the event.

Against hatred , for tolerance

Some 10.000 people gather in a colorful demonstration for tolerance and understanding and against xenophobia at Franfurt’s central Romerberg square, opposing a nearby demonstration by about three dozen rightists who demanded just the opposite. 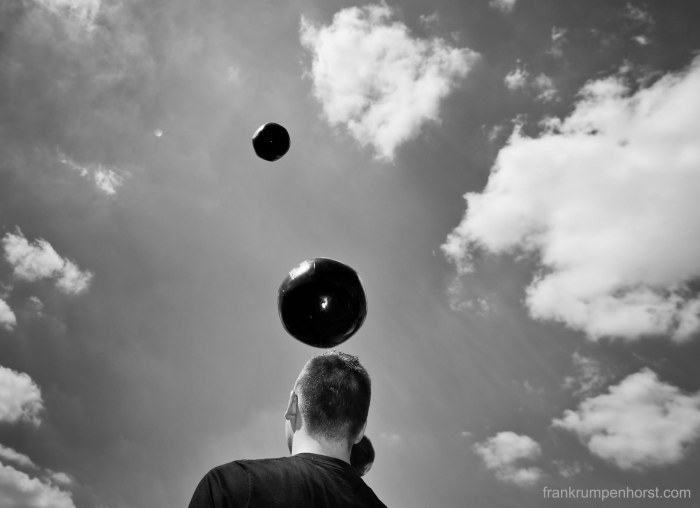 Black beach balls fly through the air during a protest by trainees of some of General Motors’ European factories in Rüsselsheim, June 13. 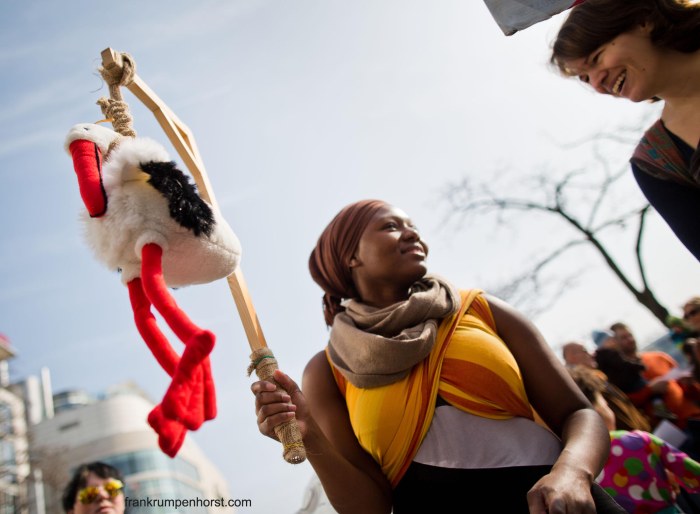 Mirianne Uffenbrink holds a makeshift gallows with a hanged stork during a protest by widwives and many mothers and families on International Women’s Day in Frankfurt, March 8. Midwives, still being a regular feature of childbirth in Germany, are facing unacceptably high liability insurance premiums and low wages. Many were already driven out of the baby-delivering business. 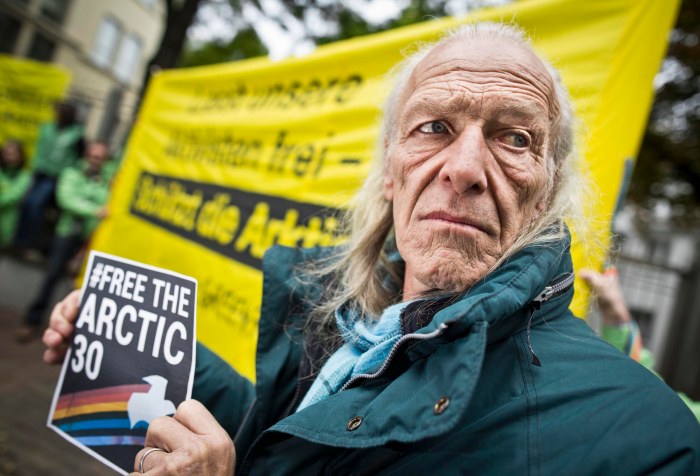 Greenpeace veteran Rien Achtenberg from New Zealand stands in front of the Russian Consulate in Frankfurt, Oct.4, during a protest demanding freedom for the 30 crew members, activists and journalists aboard the Arctic Sunrise that were arrested in Russia during a protest at an offshore oil rig in the Arctic Ocean. They have been charged with piracy, which could mean up to 15 years in prison.