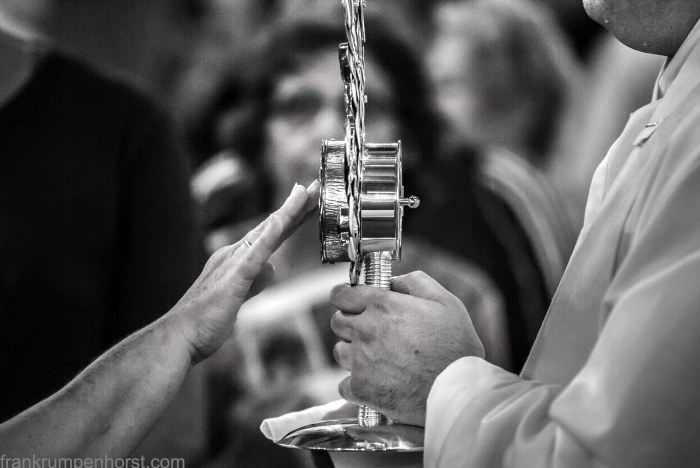 A woman touches a reliquary containing a tiny piece of cloth with a drop of blood of the late Pope John Paul II during a mass in Obertshausen, just southeast of Frankfurt, July 28. The rare ceremony was attended by hundreds of worshippers. John Paul II was declared a saint of the Roman Catholic church earlier this year.

This site uses Akismet to reduce spam. Learn how your comment data is processed.