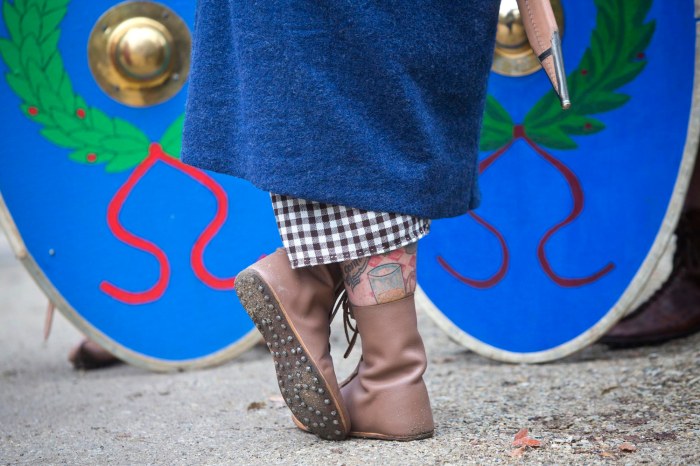 A member of a group that re-enacts ancient Roman life wears replicas of legionaires’ boots and talks to friends holding shields at the Saalburg castellum near Bad Homburg, north of Frankfurt, Oct.16. The Saalburg was reconstructed about a hunderd years ago at the original site of a castellum on the limes that marked the ancient border between the Roman empire and the territory of the Germanic tribes.

This site uses Akismet to reduce spam. Learn how your comment data is processed.